skip to main | skip to sidebar

The Site of the Infamous Murder Castle 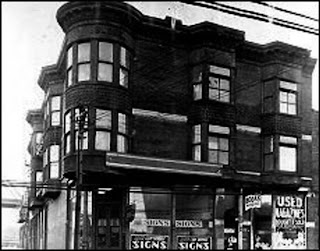 One of the most bizarre stories in Chicago history is the tale of America’s first serial killer, Dr. Henry H. Holmes, and his Murder Castle.

In the summer of 1886, Holmes, whose real name was Herman Mudgett, went to work in a drugstore owned by Dr. E.S. Holton, in Englewood, a suburb of Chicago that is now part of the city.

Holmes, who graduated from the University of Michigan Medical School, had already racked up a fairly impressive resume of fraud, forgery and petty theft by this time, including, while still a med student, taking out insurance policies on cadavers he stole from the school. He would disfigure the bodies, claim they were the victims of accidents, and then collect on their insurance.

Unaware of Holmes’ previous activities, Dr. Holton, who was dying of cancer, was easily charmed by the young man. After Dr. Holton died, Holmes took over the drugstore—mysteriously, the widow Holton soon disappeared and was never seen again—claiming he had purchased it from Mrs. Holton who had moved to California.

In addition to being a killer, Holmes was also a bigamist and a philanderer. In 1878, he had married Clara Lovering in New Hampshire but later abandoned her. Nine years later, he married Myrtle Belnap in Minneapolis, despite still being married to his first wife.

That marriage ended in 1889 but a year later he was having an affair with Julia Conner, the wife of one of his employees. By 1893, he had tired of Connor and began a relationship with Minnie Williams. Shortly after, Connor and her daughter disappeared. A year later, he married Georgianna Yoke and shortly after that Williams and her sister, who Holmes had also seduced, disappeared.

But the murders of those women only hinted at the horrors that would be attributed to Holmes. In 1889, he purchased a large lot across the street from the drugstore and started building a three-story, block-long hotel, which the media later dubbed the Murder Castle.

During the hotel’s construction, Holmes repeatedly changed builders so only he completely understood the design of the structure.

And it’s no understatement to say the design was unusual. While the ground floor seemed normal enough—it housed his relocated drugstore and several shops—the upper two floors contained his personal office and a maze of more than 70 rooms with no windows as well as doors that opened into brick walls, hallways built at odd angles, secret passages, trap doors, soundproof rooms, stairs that led nowhere and doors that could only be opened from the outside.

Even more bizarre were the more special design elements he incorporated, such as a hot burning, gas-fueled kiln in the basement and vault rooms with mysterious gas lines controlled from his office.

In 1892, Holmes’ lodging house was completed and he began advertising rooms for rent, specifically targeting out-of-town visitors coming to Chicago for the upcoming World’s Fair.

Additionally, he placed classified ads in small town newspapers in the various parts of the Midwest, offering jobs to young ladies. His ploy was to offer a young woman a position but stress she needed to withdraw all her money from the bank because she would need funds to get started. He would also take out a large life insurance policy on her. Once the young woman had settled into the hotel, she would become his captive and disappear.

No one knows for sure how many people Holmes killed, although he later said 27, and some sources have claimed he murdered as many as 200. At the conclusion of the World’s Fair, Holmes, who was being harassed by his creditors as well as detectives hired by the families of some of the missing people, tried to burn his castle in order to collect $6,000 in insurance money. When that failed, he abandoned the hotel and set out for Texas, where he planned to build a duplicate.

But it wasn’t Holmes murders that brought him to the attention of police. In 1895, he was arrested for trying to defraud an insurance company of $10,000 for the death of an accomplice, Ben Pitezel. The company originally thought the body wasn’t Pitezel, but realized that not only was it Pitezel but he had been murdered by Holmes.

A dogged Philadelphia detective began retracing Holmes’ tracks and discovered that not only had Holmes murdered Pitezel but also the dead man’s three missing children.

Chicago police began searching the abandoned hotel and discovered in the basement a vat of acid with a human skull and parts of eight ribs not quite dissolved, mounds of quicklime, the kiln, a dissection table, surgical tools and more bones.

In August 1895, much of the Murder Castle was mysteriously destroyed by fire. Some believed it was set by a Holmes associate who didn't want the police to discover anything else while others felt it was someone who wanted to rid the neighborhood of such a blemish. A month later, Holmes was convicted in Philadelphia of Pitezel’s murder and sentenced to death by hanging.

Throughout his incarceration, Holmes wrote different confessions, each a blend of rationalization, prevarication and a bit of truth. In one version written shortly before his execution, he wrote, “I was born with the devil in me. I could not help the fact that I was a murderer no more than the poet can help the inspiration to song.”

On May 7, 1896, Holmes was hanged and buried, according to his wishes, in a coffin filled with cement that was covered with even more cement (he was concerned about his body being dug up by grave robbers). He lies in the Holy Cross Cemetery, located south of Philadelphia.

As for the Murder Castle, following the fire the upper floors were removed while the street level shops reopened. In 1937, the aging structure was sold to the U.S. government, which demolished it for a post office, which still stands on the site.

There are no plaques or signs memorializing the heinous crimes once committed on the site. It’s as if it was all just a bad dream.

The former site of Dr. H.H. Holmes notorious Murder Castle is on the corner of South Wallace and 63rd streets in Chicago, which is now the Englewood Post Office. 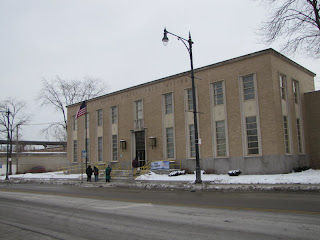 Posted by The Backyard Traveler at 6:58 AM

CoPilot Live can help make a planned getaway even more enjoyable. With millions of Points of Interest including restaurants, parks to grill, and a variety of attractions, CoPilot Live can help you find and navigate to your ideal destinatisbobeton this weekend. Whether it’s a short drive to the beach or a long vacation getaway, GPS navigation on a mobile device is proving to be a very popular traveling companion

Loved that American Horror Story was based off H.H. Holmes. I got directions to the resting place of Holmes' Murder Castle from this site https://frightfind.com/h-h-holmes-murder-castle/
I went their last weekend. Would show pics if I could figure how to upload. The Post Office isn't as nutso as the castle obviously, but its still an ominous place when you know the history.

Sorry. Wrong link to the H.H. Holmes Murder Castle. Here it is https://frightfind.com/h-h-holmes-murder-castle/

Professional trading signals delivered to your cell phone every day.

Follow our signals NOW and earn up to 270% daily.

American Horror Story was not solely based on HH Holmes. It was a fusion story involving HH Holmes and The Cecil Motel in Los Angeles CA.

Do you suffer from gout and kidney problems?

You may be eligible for a clinical research study. Consider signing up today!
https://studyscavengerapp.com/clinical-investigation-specialists-cis-research-is-conducting-a-clinical-trial-involving-kidney-disease-and-gout-in-gurnee-il-near-chicago-il/
#IL #kidney #gout

I in addition to my friends were actually looking at the nice procedures on the website while unexpectedly got a terrible suspicion I never expressed respect to you for those techniques. The boys were as a consequence very interested to see them and now have in reality been taking pleasure in these things. Many thanks for really being so thoughtful as well as for getting such awesome information most people are really desirous to be informed on. Our own honest apologies for not saying thanks to you sooner.
hospitality insurance broker

The Cecil has changed its name to hide from its past.

Check out all three of my Illinois books:
• "Illinois Curiosities"
• "It Happened in Illinois"
• "Myths and Mysteries of Illinois"
All are available on Amazon.com, Barnes & Noble.com, and most local bookstores. If you're ever in Macomb, stop by New Copperfield's Books, 120 North Side Square.

Myths and Mysteries of Illinois 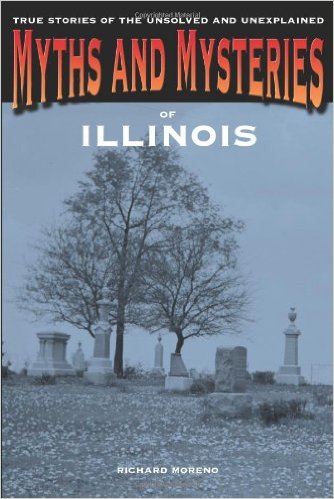 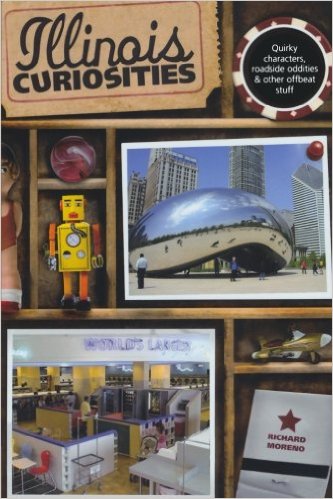 It Happened in Illinois

The Backyard Traveler
For the past several decades, I've written about weird places, geological sites and historic spots. I am the author of twelve history/travel books and was publisher-editor of Nevada Magazine for 14 years. I hope you enjoy these stories about my travels.